One of the most common places for a vehicle to get dents and dings is on a body line or contour line. Many clients want to know if this is a repairable area or if it’s beyond the abilities of PDR?

Can PDR even fix my dent when its on a body line?

Absolutely! A repair on a body line certainly takes more time and skill to repair properly but a high quality PDR company will definitely be able to repair the body line dent. 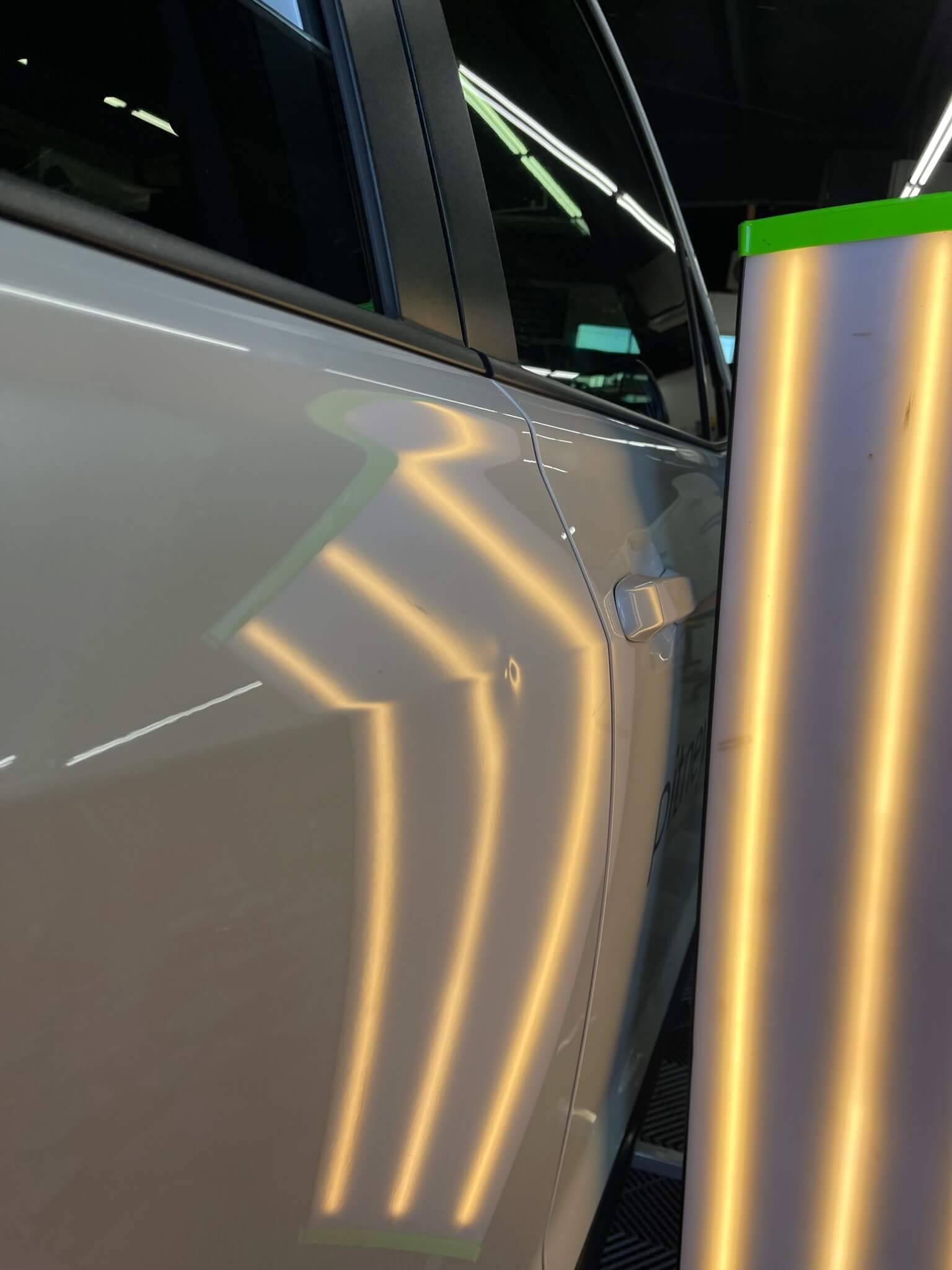 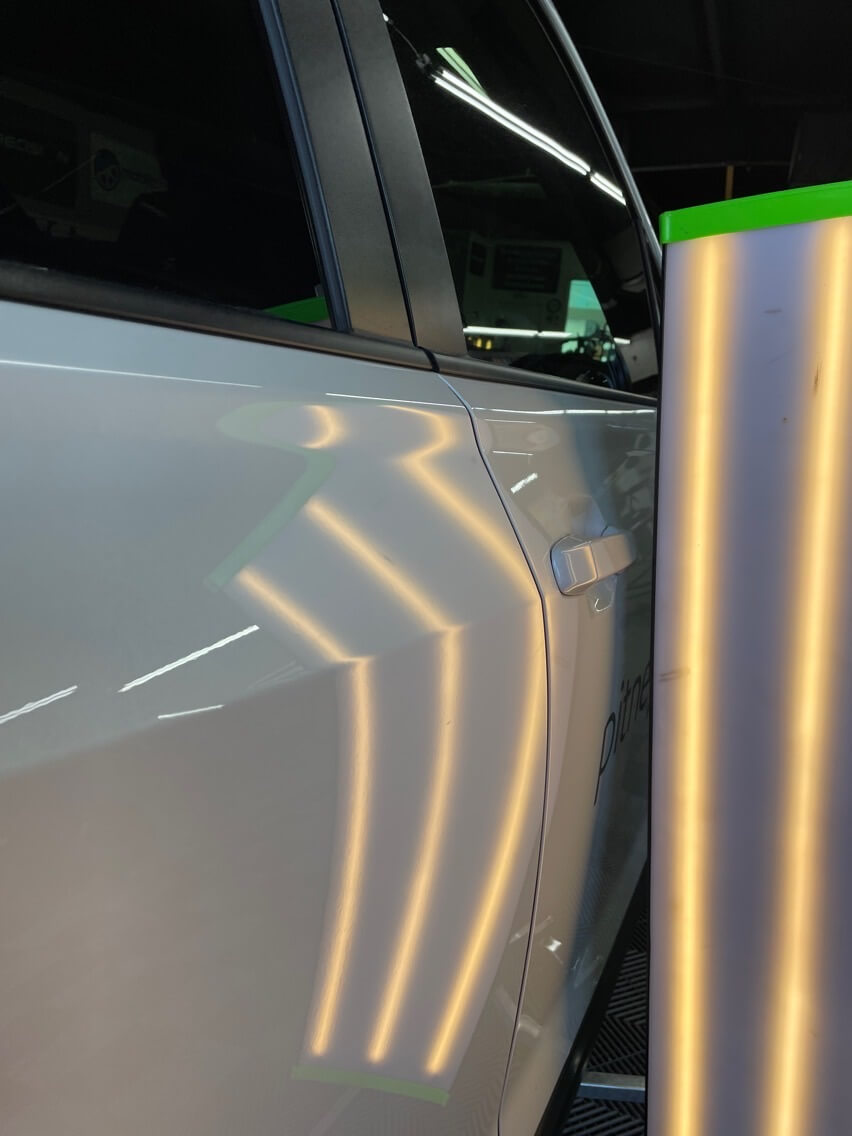 What makes a dent on a body line more challenging?

When a vehicle is dented the metal doesn’t just “go in”. The impact also causes waves to be displaced away from the dent. Think of dropping a rock into water; it puts a dent in but also sends waves in all directions. When the dent is on a flat area of a vehicle, this typically is a small wave on the outside of the dented area. We call this area the “crown” of the dent.

When a dent is across a body line, the actual dented in area is typically much sharper. The crown is also much sharper. This type of damage requires significantly higher skills and very specific tooling in order to repair properly. A dent on a contour line also normally requires a good bit of heat to keep the paint from failing during the repair. 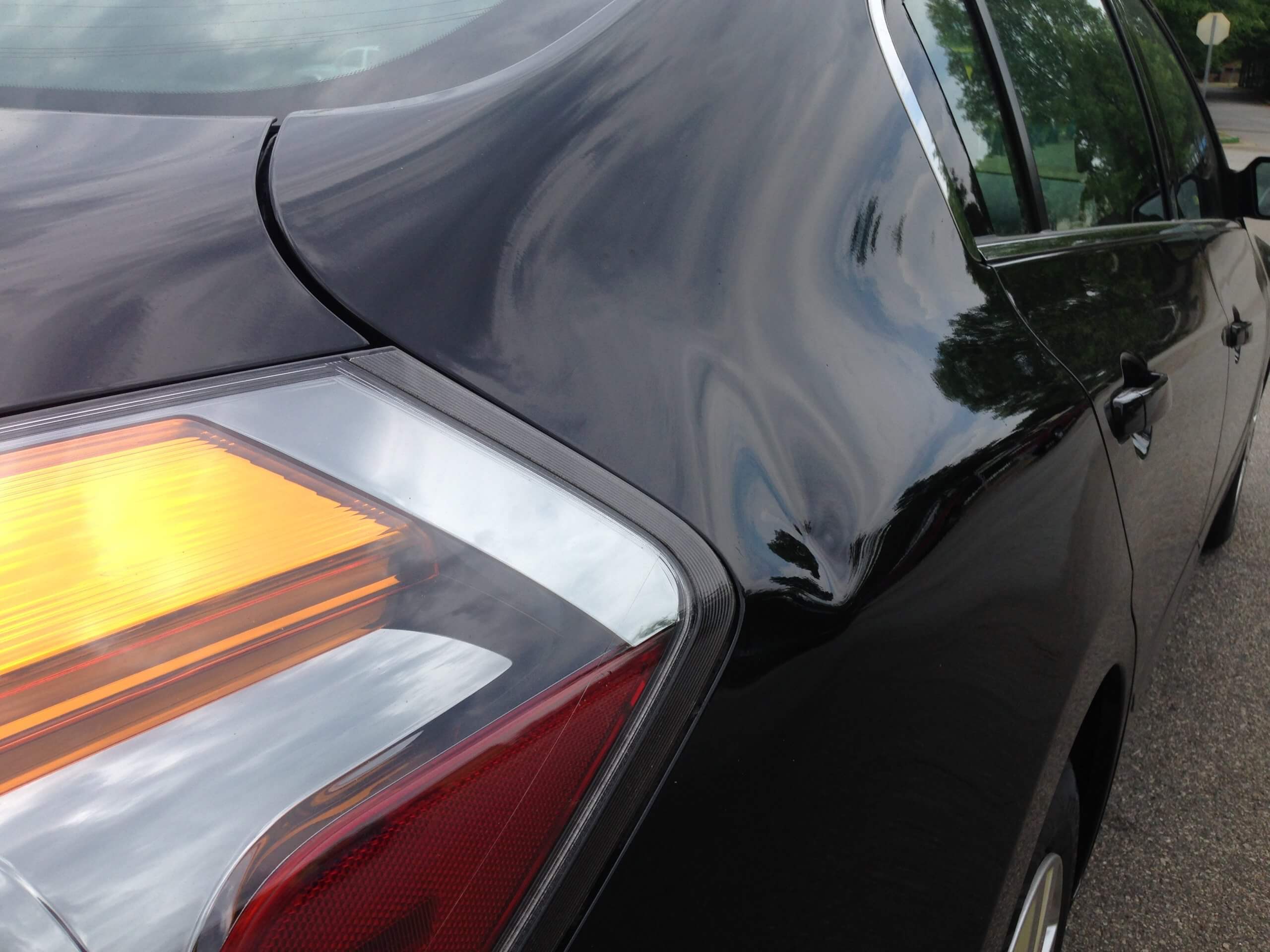 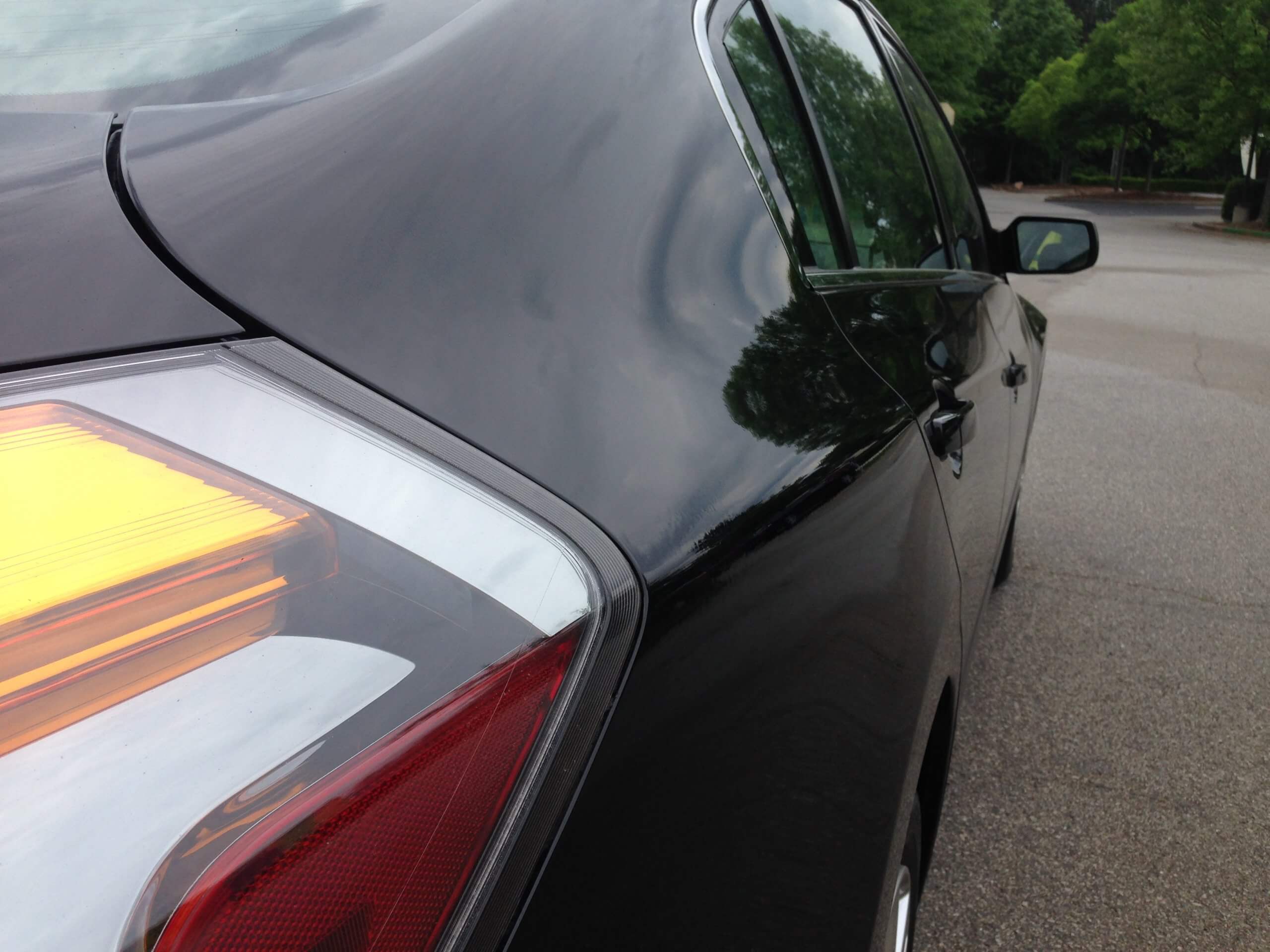 Does a dent on a body line cost more to repair?

How much more time is needed to repair a dent on a body line?

Can you glue pull a dent on a body line?

The honest answer is; sometimes. The fact that damage on a body line tends to be sharper leads to glue pull repairs being much more challenging. When damage is in a “glue pull only” area (like an upper roof rail) and also across a body line, a technician will normally try to glue this damage by breaking it into multiple dents. Sometimes it’s even required to make the dent larger (and softer) in order to allow it to receive the glue repair. When repairing dents on a body line, it’s always best to use all of our availible tools.